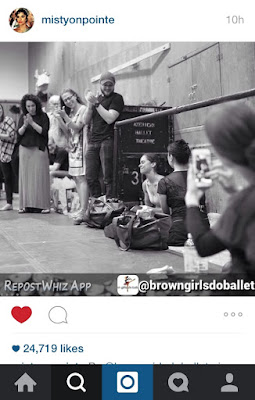 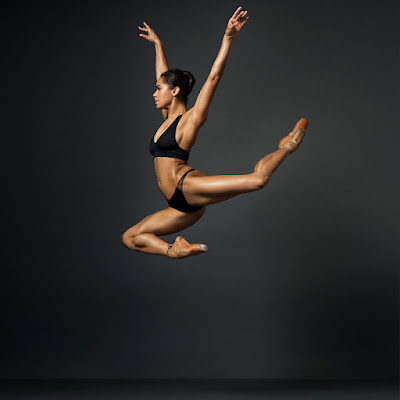 (The Washington Post) Misty Copeland made history on Tuesday when she was promoted to principal dancer of the prestigious American Ballet Theatre, becoming the first African-American ballerina to reach the elite dance company's top rank.

Copeland, 32, has become one of America's most famous female athletes, revered for her unlikely ascendance in an art world notorious for showcasing only lithe, white ballerinas.

And her star power has stretched far beyond dance, yielding larger and larger business opportunities off stage as her preeminence onstage has grown. She has authored a best-selling memoir, was featured this year on the cover of Time magazine's "100 Most Influential People," and has starred in a viral Under Armour ad, twirling amid the reading of a rejection letter declaring she has "the wrong body for ballet."

"Bringing on Misty Copeland is the best decision we've ever made," said Adrienne R. Lofton, senior vice president of global brand marketing for Under Armour, the Baltimore-based sportswear giant. "We've always had powerful female athletes, but we've never had a story as dynamic as Misty's, with that underdog mentality she has ... bucking up against all these traditional norms, showing men, women and kids that athletes come in all shapes and sizes."

Copeland, whose new role will start August 1, was widely expected to be among the three women selected as principals this year, following the retirement of longtime American Ballet Theatre dancers Julie Kent, Paloma Herrera and Xiomara Reyes. Copeland has performed many principal-level roles recently, including the female leads in "Romeo and Juliet" and "Firebird," but at the rank of soloist. (read more) 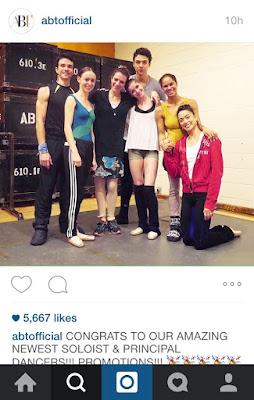 Promotions announced at ABT