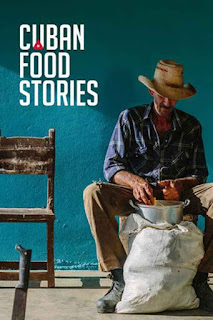 Diverse cuisine is rarely counted among the cultural phenomena for which Cuba is celebrated; popular notions of Cuba as a placed defined by deprivation doesn’t help. A richly comprehensive remedy for this misperception, Cuban Food Stories visits every province in the country to sample a culinary legacy grounded in so much more than rice and beans.

Paragons of Cuba’s characteristic adaptability and creativity, the film’s subjects—which include an artist turned restauranteur and nuclear physicist turned fisherman—create mouth-watering meals with ingredients such as coconut milk, cacao, lobster and river shrimp. Until now devoid of franchises and the fraught agricultural practices that often come with a place at the global economic table, Cuba is undergoing a period of sweeping change, making the preservation of its culinary heritage a priority—and making Cuban Food Stories a must-see.

Posted by Joaquin Estrada-Montalvan at 7:00 AM