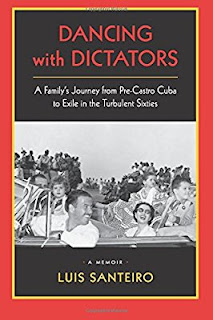 Luis Santeiro was born in Havana, Cuba and moved to Miami with his family when he was 12. A long-time resident of New York City, Santeiro received 20 Emmy Awards as a writer of Sesame Street. He was head writer for the PBS series ¿Qué Pasa, U.S.A.?, the first bilingual sitcom on national television, for which he received another Emmy. Santeiro has also written for the theater, where his plays include Our Lady of the Tortilla, which has enjoyed hundreds of productions across the country. 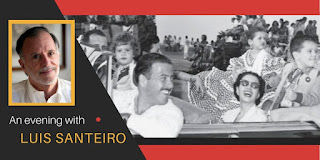 "A Time magazine cover story once called my great-grandfather, who was president of Cuba from 1925 to 1933, the Mussolini of the Caribbean. My mother worshiped him, and believed that he was the president who did the most for our island. My search for an objective viewpoint was to be compounded by another event. In October of 1960, in a televised speech, Fidel Castro declared himself a Marxist-Leninist. Overnight, my parents' world came to an end. Yet, soon after going into exile, I began to encounter the ongoing romance that so any people had with Castro's revolution, which implied that people like us had merely gotten what we deserved. My memoir is a journey through the lives of family members I loved, who happened to face one of the frequent upheavals that history throws in our way. The book is also my own attempt to understand what truly helps us to endure." Luis Santeiro
Posted by Joaquin Estrada-Montalvan at 10:45 AM