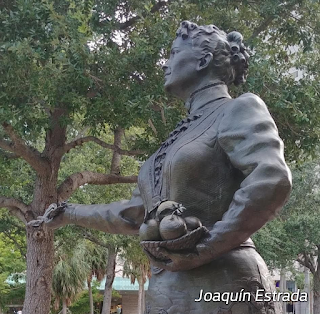 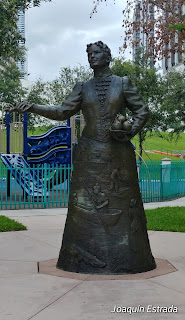 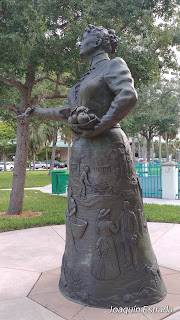 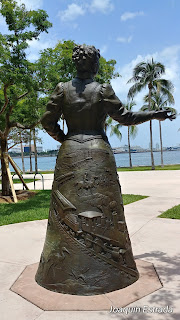 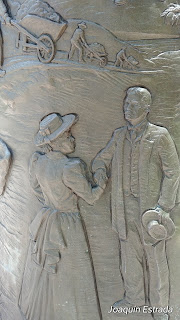 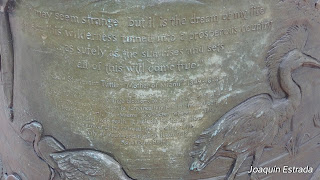 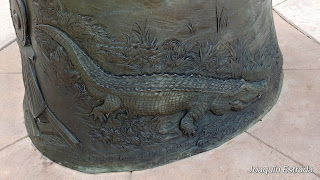 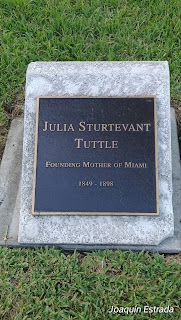 The project was 112 years in the making.

Various community members had called for a lasting memorial to Tuttle since her 1898 death, but it wasn't until 1996 that the Miami Commission on the Status of Women officially took up the cause.

It took another 14 years to see the project through. Lack of funding and a temporary dissolution of the organization stalled the plan before the Miami-Dade County Commission for Women got involved, throwing the county's weight behind it.

The two groups raised more than $200,000 from government and private donors, then chose California-based sculptors Eugene Daub and Rob Firmin to create the statue. Their vision: a hands-on piece of public art, incorporating images of Tuttle's Miami.

Tuttle's skirt is adorned with raised images of local flora and fauna, scenes of American Indians and African Americans who were among the area's first settlers, the train that put Miami on the map, and Tuttle herself shaking Flagler's hand.

Because of this project, we have created a national awareness that Julia Tuttle is the only woman to found an American city,'' said Carmen Elias-Levenson, past chair of the Miami Commission on the Status of Women.

Ver texto completo
http://articles.sun-sentinel.com/2010-07-29/news/fl-julia-tuttle-statue-20100729_1_miami-historian-statue-miami-commission
Posted by Joaquin Estrada-Montalvan at 7:20 AM