Saturday Night Fever, film based on a "true story" that wasn't true 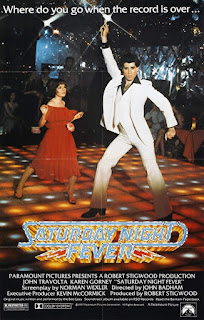 It was based on a 'true story' that wasn't true

The movie's main character was famously based on a real-life character named Vincent, who was the subject of a 1976 New York Magazine article by writer Nik Cohn. Titled "Tribal Rites of the New Saturday Night," the New Journalism-style article described a troubled, working-class guy who was also a great dancer and had found his way to shine. Only thing was, Cohn eventually admitted that Vincent was "a total fabrication."

"The problem was that my story was a fraud," he wrote two decades later in the Mail and Guardian. "I'd only recently arrived in New York. Far from being steeped in Brooklyn street life, I hardly knew the place. As for Vincent, my story's hero, he was largely inspired by a Shepherd's Bush mod whom I'd known in the '60s, a one-time king of the Goldhawk Road."

When the "Saturday Night" piece eventually appeared, it ran with drawings rather than photos, as well as a disclaimer: "Everything described in this article is factual and was either witnessed by me or told to me directly by the people involved. Only the names of the main characters have been changed." (Read full article Saturday Night Fever at 40: fascinating facts about the biggest disco movie of all time, at CBC Radio's website) 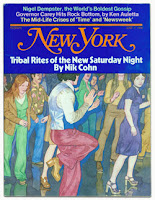