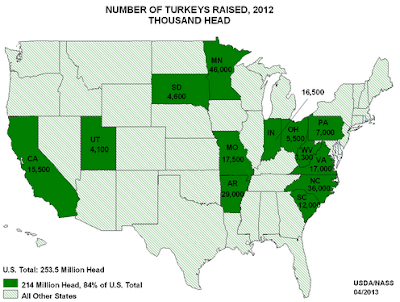 (By Drew DeSilver/Pew Research Center). In honor of Thanksgiving, here are five facts about the big bird at the center of the table.

Posted by Joaquin Estrada-Montalvan at 7:30 AM