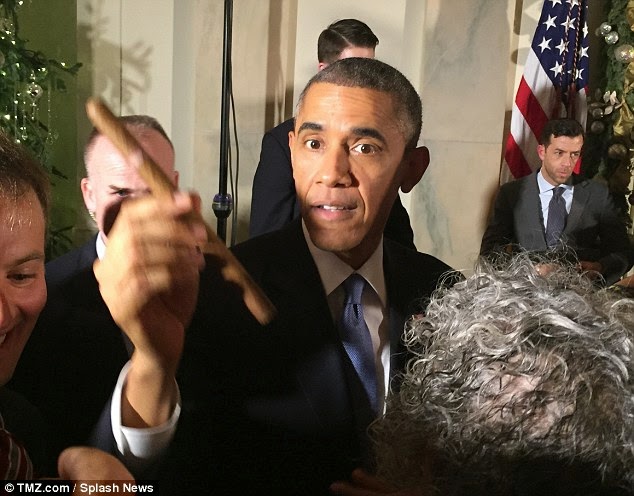 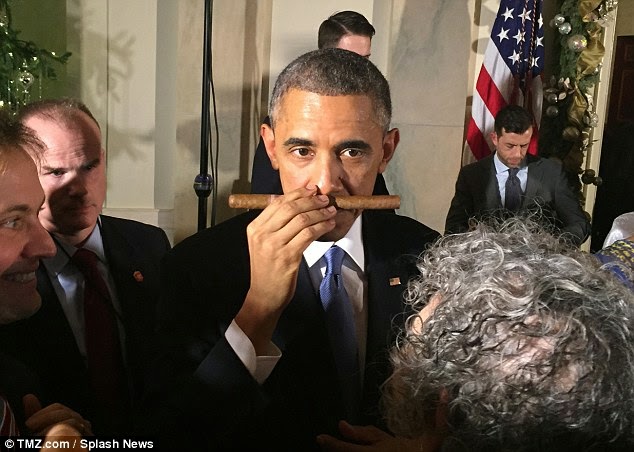 (ABC.news) Turns out President Obama capped off Wednesday, a day that marked the dawn of a new relationship between the U.S. and Cuba with what else: A cigar.

And, according to the gift giver, it was a Cuban.

When a guest at one of two White House Hanukkah receptions handed one to Obama, he gave it a sniff.


“I had the unique distinction of gifting the President of the United States with one of Cuba’s finest cigars, a Montecristo Series at the White House…after a ceremony in which a Menorah was lit,” John Berzner, who offered the cigar to the president on Wednesday, told ABC News.

Berzner said when he was preparing to leave his Colorado home Tuesday for the annual White House Hanukkah Party, he selected one cigar from the box to bring with him.(read more)
Posted by Joaquin Estrada-Montalvan at 9:14 PM