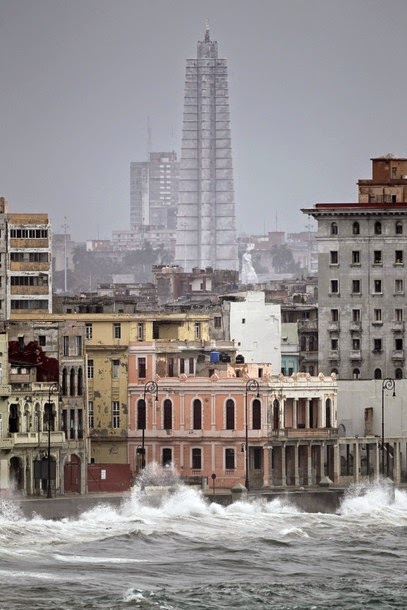 
(thestar.com) OTTAWA—Over 18 months, senior Cuban and American officials huddled in secret locations in Ottawa and Toronto plotting the makings of a dramatic new relationship between their two countries.

It played out like a spy novel as they met for secret rendezvous in commercial establishments and government buildings, all of it under a cloak of silence, known only to the small group of Canadian officials who helped facilitate the unprecedented sessions.

On Thursday, President Barack Obama revealed the dramatic outcome of those hush-hush meetings — that the United States and Cuba were moving to end their 50-year diplomatic standoff.

And the president thanked Canada for acting as host for the discussions.

Prime Minister Stephen Harper played down Canada’s role and welcomed the development, which he called probably too long in coming.

“I don’t want to exaggerate Canada’s role,” he told CBC News. “We facilitated places where the two countries could have a dialogue and explore ways of normalizing the relationship.

“That’s what we did and we think it’s a good development, probably an overdue development.”

Harper said Canada did not participate in the talks. “We were not trying in any way to direct or mediate the talks,” he told CBC in a year-end interview.

“I personally believe changes are coming in Cuba and this will facilitate those. But look, I’m pleased the president acknowledged our role in this.”

Of Cuba, he said, “I think that’s an economy and a society just overdue for entering into the 21st century.”

Harper said he expects change in Cuba to accelerate after the current generation of leadership passes.

Asked about the possibility of democratic elections there, he said, “I think other changes will probably occur before that. But certainly I would hope we’ll see that.

“Although we have some tainted democracies in the hemisphere, this is really the only place where there are elections that are completely non-competitive,” Harper added. He said he hopes that will “eventually” change.

Ottawa got a request in 2013 from Washington asking if the federal government could facilitate a series of meetings that required an “incredible amount of discretion,” a senior source told the Star Thursday.

“Our role was to provide a secure location where the U.S. officials and the Cuban officials could meet to discuss what ultimately led to today’s announcement by the president, recognizing that this is a very, obviously important set of discussions that they had but also very sensitive,” said the source, speaking on condition of anonymity.

There were seven meetings in all, held in Ottawa and Toronto starting in the summer of 2013 and none of it was leaked.

“It speaks to the level of trust that I think exists between our two countries and our willingness to help each other out,” the source said.

He said that Canadian diplomats were not part of the negotiations, adding it was only a “very, very small” group of Canadians involved. (read more)
Posted by Joaquin Estrada-Montalvan at 10:15 AM