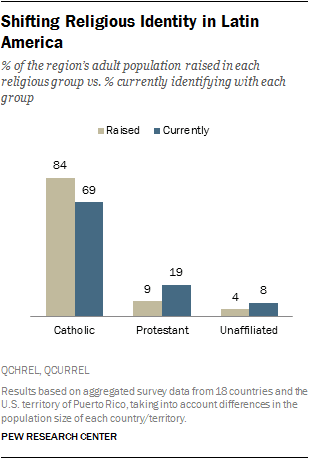 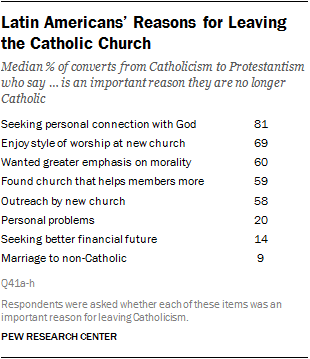 (Pew Research Center) Latin America is home to more than 425 million Catholics – nearly 40% of the world’s total Catholic population – and the Roman Catholic Church now has a Latin American pope for the first time in its history. Yet identification with Catholicism has declined throughout the region, according to a major new Pew Research Center survey that examines religious affiliations, beliefs and practices in 18 countries and one U.S. territory (Puerto Rico) across Latin America and the Caribbean. (see full report)
Posted by Joaquin Estrada-Montalvan at 10:52 AM