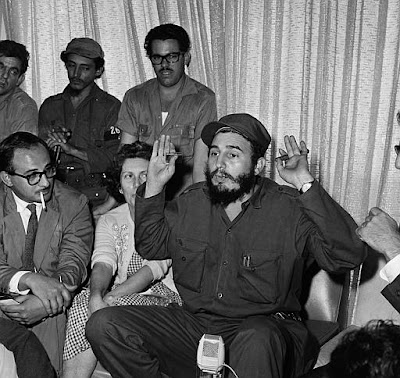 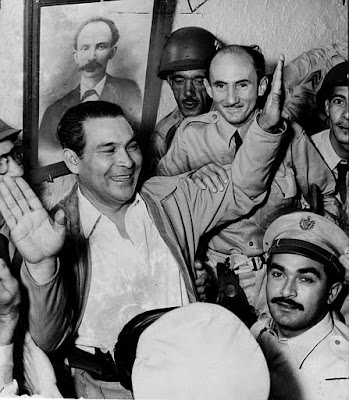 Gen. Fulgencio Batista, smiling with upraised hands, is surrounded by Cuban soldiers
at Camp Colombia, the Cuban army base, during the revolution, March 11, 1952.
Batista is the new leader of Cuba. (AP Photo/Harold Valentine)
Posted by Joaquin Estrada-Montalvan at 7:30 AM